Out of my comfort zone… 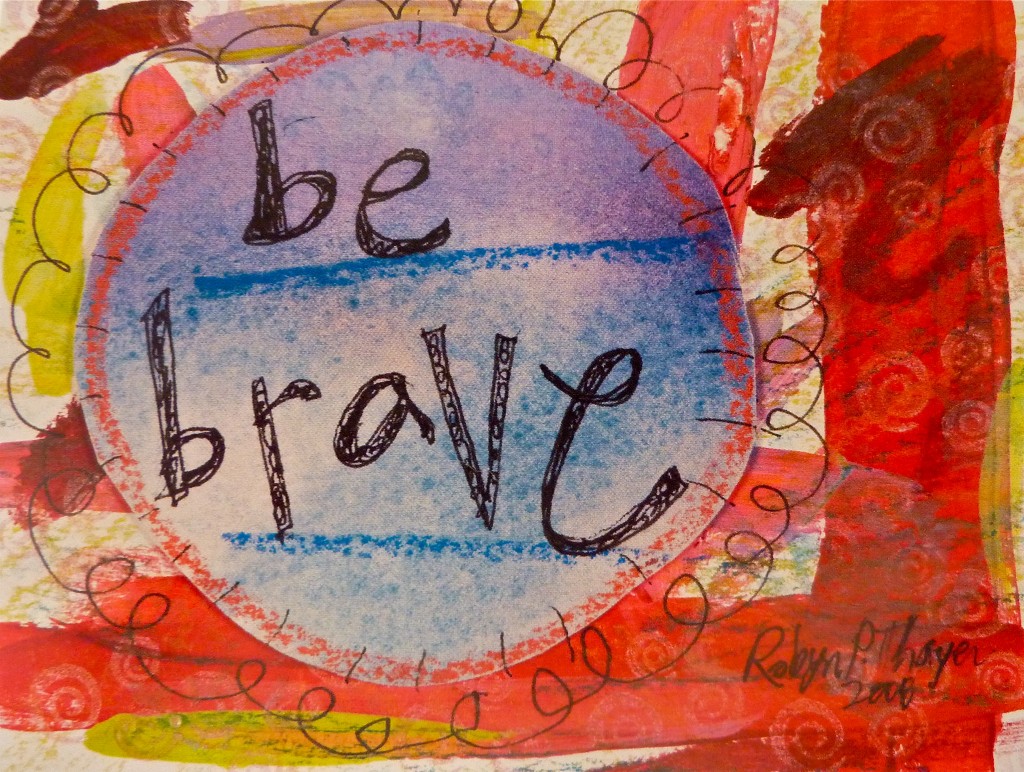 Three years ago I was in a friend’s kitchen engaged in a very uncomfortable conversation when he suggested to me  that I “Be brave”.  I was at a crossroad in my life and feeling quite insufficient, insecure, and needy.  I wanted saving.  But on this particular night it was clear that being saved was not going to happen.

I found this card somewhere in some store.  I remember thinking that the whole universe was telling me to “Be Brave”!  “Alright already” I responded and put the card in my home office in clear view.

As I’ve gotten older I’ve noticed that I’ve become more attached to my house, my garden, the family silver, my mother’s jewelry.  Does ADT really bring me the peace of mind that I require?  Do my possessions make me feel secure?  Clearly, no.

My sons are great adventurers. Rob spent three years traveling all over the country on the John Lennon Educational Tour Bus (www.lennonbus.org), sleeping literally on a shelf and taking occasional showers in hotels in random large cities.  Patrick just came home from five weeks in China, part of his course work for his Master’s degree in Landscape Architecture.  Peter lived in Santiago, Chile for a semester during college and then escaped for five months to India, Vietnam and Thailand when his studies were complete, returning home only when he realized his Visa was going to expire.

Where did they get their courage?  How BRAVE are they?

Can mothers inherit this from their sons?

This summer I agreed to go with six colleagues to Nicaragua to shadow one of our Sisters of Presentation who works as a missionary in Somotillo.  One week didn’t seem long enough to be on a great adventure so I wrote a Professional Growth Grant requesting money ($2000) to tack on two weeks in Antigua, Guatemala in order to do a full immersion Spanish language program, live with a family and work towards Spanish language fluency.  In my typical ADD manner, I didn’t think it through much.  I’m a good writer, very persuasive, yet I didn’t really think that it would be funded.

I made all the arrangements.  I was going to Central America for three weeks.  Two of them would be a solo gig for me.  Alone in a foreign country.  Wow.

“Be Brave, Rosemarie! You can do this!”- I told myself.

My peers were skeptical.  “You’re going alone? Be careful!”

I decided to stop telling people my plans.  Get behind me, Satan.  Don’t rain on my parade.  They just don’t understand my personal journey.  I am totally out of my comfort zone and I need to be.

My sons gave me all the confidence I required.  I think they were even a little bit proud of me.  Their mother was traveling alone in Guatemala while their friends’ moms were going out to lunch and getting mani/pedis.   Peter’s email to me set the theme for my journey.  Vaya con Dios!  Go with God!

I am happy to report that the trip went off without a hitch.  ADT did it’s job protecting the family silver and my mother’s jewelry.  The little neighbor girl across the street kept my kitty, Ethel, alive and happy and tended the garden.  Everything was as it was when I left it.

Except me.  I am different.

assuredly, conclusively, inexorably, irrevocably and beyond a doubt 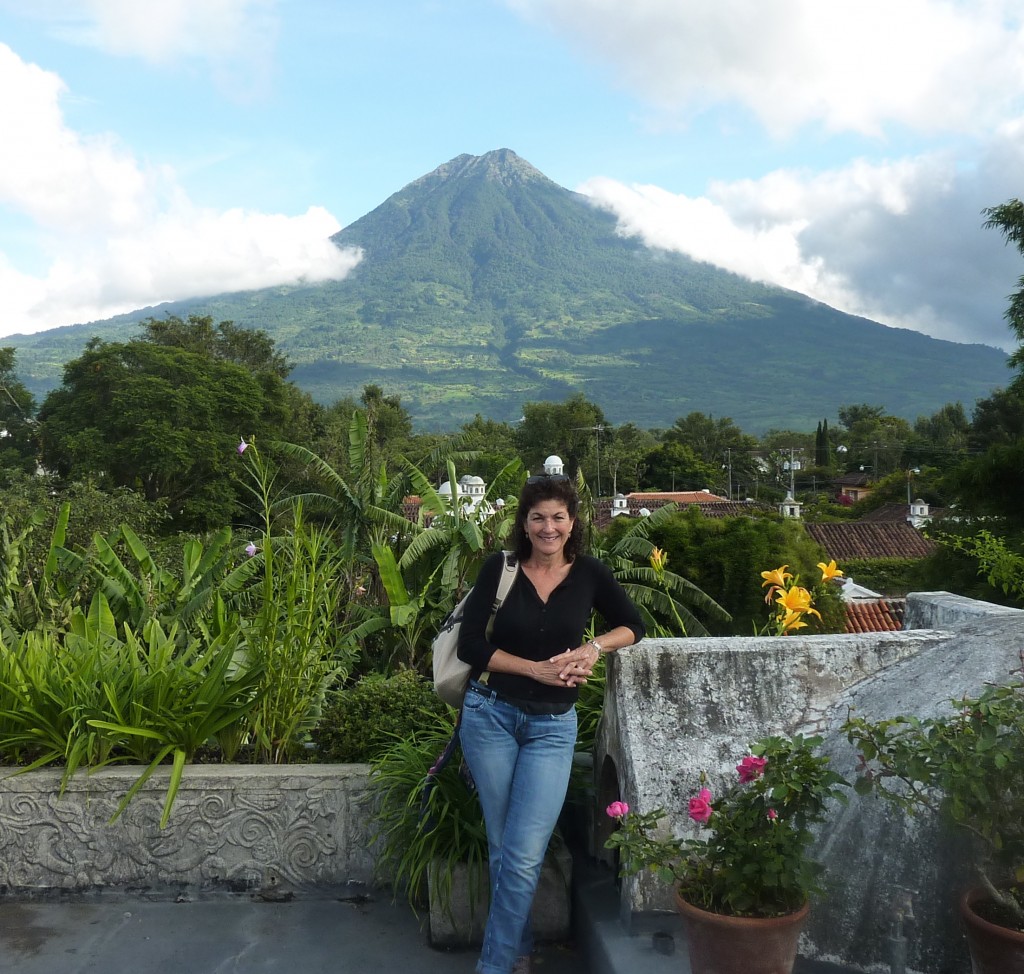