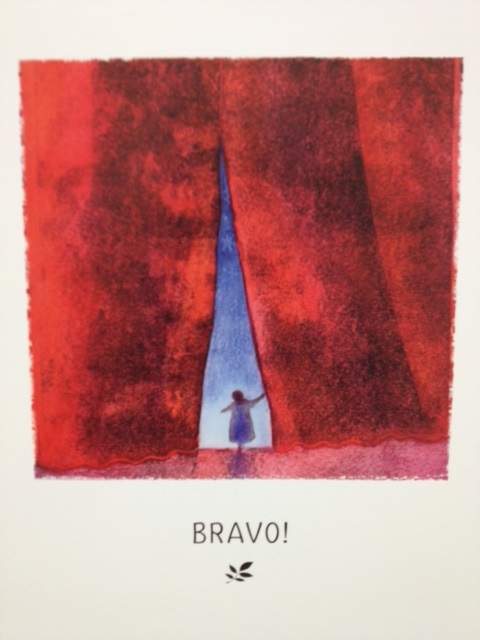 At least I don’t feel old.

In honor of my recent birthday I’d like to give myself a big round of applause for Act One of my life!  It has not been without struggle and I want to take a bow and acknowledge all the varied and sundry experiences, the provocative and stimulating people, the gut-wrenching turmoil, the unexpected deliriously joyful surprises, the down and dirty hard work and the yin and yang of it all.

I want to shine the spot light on it, acknowledge it, nod respectfully to it and have it exit stage left with its playbill for safe keeping in an archive of sorts.  Curtain closed.  Fade to the second act.

Whereas Act One was filled with calculated planning and career climbing and husband finding and child raising and house cleaning and penny pinching and weed pulling-  it seems only right that Act Two should be something different and unexpected!  The plot should thicken and the tables should turn!  There should be adrenaline pumping suspense and goose bump anticipation!  Why not take risks and do something mischievous and spend so much money on cowboy boots that I’m forced to sell my unnecessarily large house and rent an energy efficient cottage and be able to walk away from it for weeks at a time in order to go on a writers’ retreat or babysit my grandchildren or fly out to spend time with one of my siblings or go to Peet’s and pen that Act Two book?  Maybe I’ll  get a humongous dog and wear tie dye, let my hair go grey and move to Santa Cruz.

I think it’s time to start that girl band.

Did I hear someone yell Bravo?